The top executives at Dyn, Inc and The Echo Group were recognized as 2012 Entrepreneurs of the Year by the New Hampshire High Technology Council (NHHTC). They received their awards as part of NHHTC’s 2012 Entrepreneur of the Year (EOY) Awards Dinner. The 24th annual NHHTC EOY event was be held on Monday, May 7.

Chairman George Epstein was recognized for his work at The Echo Group, which he co-founded in 1981. Based in Conway, NH, The Echo Group has been serving the information management needs of the behavioral health and human service markets for over 30 years. In 2009, Echo released the Visual Health Record™, an innovative timeline-based approach to viewing the clinical chart. Providing greater ease of use, visual alerting, and complete case management, the Echo VHR™ assists organizations in adopting an enterprise-wide electronic health record. 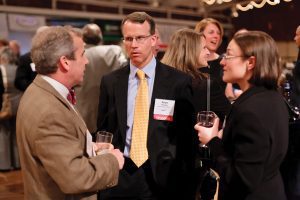 Scott Kirsner, well-known journalist who covers the technology sector for the Boston Globe, delivered the keynote address. From newspaper columns to blogs to books, Kirsner has a passion for writing about innovation and entrepreneurship. His “Innovation Economy” column appears each Sunday in the Boston Globe, and he has been a regular contributor to Fast Company, BusinessWeek, Variety, and Wired. Kirsner’s writing has also appeared in the New York Times, the Hollywood Reporter, Salon, the San Jose Mercury News, and Newsweek, and he has authored several technology-based books. 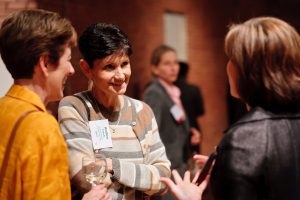 As Jim Cook, NHHTC’s EOY Committee Chair, noted “NHHTC’s EOY Awards Program serves as the signature event for the New Hampshire High Technology Council. As in previous years, a panel of judges reviewed the applications and has recognized individuals who have made significant contributions to the advancement of high technology in New Hampshire.” This year’s judges include Nancy Briefs, Steve Boucher, Mark Galvin, Andy Lietz, Rajesh Nair, Matt Pierson, and Matt Rightmire.

The annual event, held in May, regularly attracts more than 300 influential leaders of tech-based companies from across the region and is one of the top networking events for those in or interested in NH’s technology sector. Since its start in 1988, NHHTC EOY has recognized more than 50 New Hampshire entrepreneurs for demonstrating leadership, ingenuity and innovation amongst the technology sector. These entrepreneurs have employed thousands of individuals in New Hampshire’s tech sector and helped pump billions into the state’s economy.

Applications for the award were solicited through corporations, attorneys, bankers, venture capitalists, entrepreneurs and others. Any founder, owner, or senior level manager of a business in New Hampshire who successfully organized, developed, or managed a technology-based concept into a successful commercial product or service is eligible. 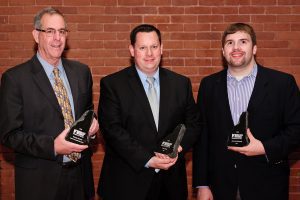 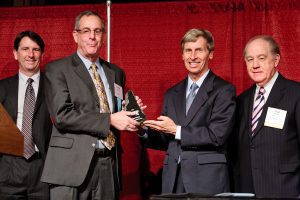