CYBER STRATEGY: Moving Towards Internet Voting – Not Away From It 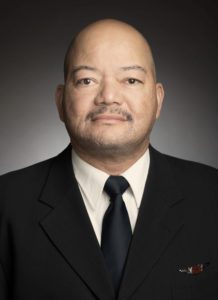 The definition of Electronic Voting (E-Voting) and Internet Voting (I-Voting) are often mistaken for each other yet the difference between the two is quite simple: electronic voting collects votes by using a fixed electronic voting machine. Internet voting, on the other hand is designed to record a vote from any location, no matter where the voter is located. The voter can use their personal computer, cell phone, or another conventional computer device to cast a vote, taking full advantage of the Internet, thus the term, “Internet Voting.”

There are federal guidelines set by the Federal Election Commission (FEC) to regulate nationwide voting. At the same time, the guidelines permit each state a great deal of freedom to control their own election processes and use their own voting machines. The disparity between states is aggravated by the fact that some communities have more money than others. Wealthy communities are typically less vulnerable to hacking and other interferences compared to communities who have fewer resources.

The current Electronic Voting Systems (E-Voting) has not yet advanced into Internet Voting (I-Voting) systems at this time. Older E-Voting is open to potential hacking with security that ranges from bad to mediocre depending on where you live. Internal hacking from an inside company employee is a far bigger problem than external hacking. Hacking internally or externally is exacerbated when system can’t detect a hacking event. Many of the older software E-Voting machines are unable to detect a breach. Likewise, precincts still using and solely depending on paper ballots have problems too. In order to defend against a political supporter, who has convinced themselves that their candidate is essential for the survival of America and therefore cheating is justified; a voting system software must be able to detect irregularities right away.

Historically, paper ballots have been known to go missing or discarded in the counting process. Low voter turnout is bad for a healthy and prosperous society. I-Voting is the modern answer over all other methods of voting. We don’t need an expensive study to tell us a citizen being able to vote on their computer or cell phone will potentially double the number of voters participating in the election process. We all benefit when everyone votes.

Our present decentralized system is marred with inconsistent levels of security and needs an upgrade. Changing over to Internet Voting includes a centralized monitoring system with backup and a high-level of cyber security Instead of every state being left to fend for itself, our I-voting system would directly connect every state into a federal Voter Command Center run by the FEC and manned by the major political parties. All voting will be observed in real time while voting is taking place. A centralized command center would be a key feature in guaranteeing the trustworthiness of the system and our vote.

We can either continue to crouch into a defensive position, or stand up and build a system that says we will, once again, lead the world!

Captain Eric Robinson is the co-founder of the technology company startup, Web-Impac, and inventor of its innovative voting software: the “Star Points Rating System and I-Vote Applications.” Robinson holds a patent, is an accomplished jet and helicopter pilot, test pilot, aircraft systems designer, and certified by ERAU in Information Systems Management.