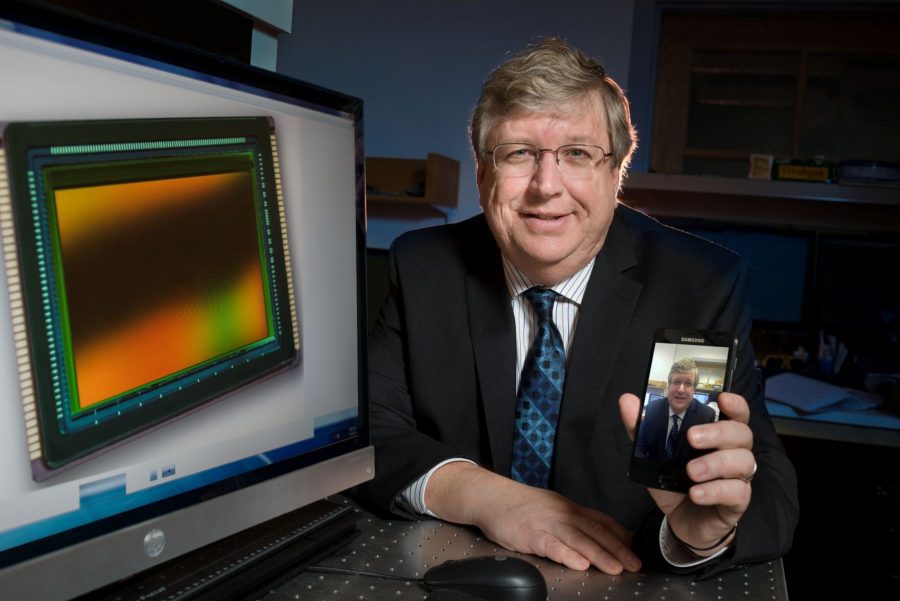 Entrepreneur of the Year application deadline extended to May 3

The New Hampshire Tech Alliance (Alliance) has announced the keynote speaker for the 31st anniversary of its Entrepreneur of the Year (EOY) Awards, which will be held on June 13 and announces that it has extended the deadline for EOY applications to May 3. Dr. Eric Fossum is an entrepreneur and senior professor at Dartmouth College who is most widely recognized for his invention of the CMOS image sensor “camera-on-a-chip.”

Fossum will speak about how the technology was developed and became ubiquitous. Today, it is used in billions of cameras, from smart phones to more advanced web cameras, pill cameras and more. The technology was originally developed in the 1990s by Fossum and his team at NASA’s Jet Propulsion Lab as a way to reduce the size of cameras launched on interplanetary spacecraft. Fossum saw the need for CMOS in terrestrial usage, and in 1995, he and his colleagues started Photobit, a company that licensed the technology from NASA. He then led the development and transfer of the technology to US industry.

Fossum is currently the senior professor of emerging technologies at Dartmouth College’s Thayer School of Engineering in Hanover, NH and plans to also discuss the importance of technology transfer and spinning companies out of universities. Fossum teaches, conducts research on the Quanta Image Sensor (QIS) and directs the school’s PhD Innovation program. He is a Queen Elizabeth Prize Laureate – which is widely considered as the Nobel Prize of Engineering. He is also a member of the National Academy of Engineering, a National Inventors Hall of Fame inductee and a Fellow member of the IEEE and OSA.

“We are thrilled to have someone with Eric’s experience and expertise in such a trend-creating technology that has had such a profound impact on cameras and the instant access so many have now for taking and sharing photos. He has many stories to tell about this work and other endeavors related to his entrepreneurial work over several decades, and we look forward to his remarks,” said Gary Sloper, NH Tech Alliance board member and co-chair of the EOY Committee.

The 31st anniversary celebration will be held on Thursday, June 13 from 6:30 to 8:00 pm at the DoubleTree Hotel in downtown Manchester and is open to Alliance members and non-members alike.

As one of the Alliance’s signature events, EOY will recognize an individual as this year’s Entrepreneur of the Year. The Alliance is still seeking applications and the deadline for this prestigious award has been extended to May 3.

In addition to the award ceremony, EOY will also feature startup entrepreneurs who will have their products on display during the reception and include plenty of networking time and food and beverages. Tickets for the 31st annual Entrepreneur of the Year include reduced pricing of $45 for Council members and $65 for not-yet-members. Registration is now open.

Major sponsors of the 2019 Entrepreneur of the Year Awards include Q7, Autodesk, Cirtronics, Cook Little Rosenblatt & Manson, Hypertherm, Oracle + Dyn, BerryDunn, the Entrepreneurs’ Fund of NH, and People’s Bank. The Alliance is still accepting sponsors for this event.