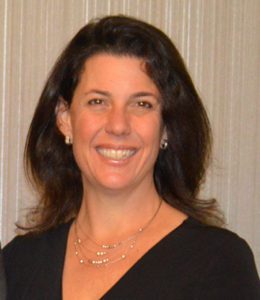 By Michelline Dufort, director of business relations for the Council

The 2017 legislative session is well on its way, and heading towards Crossover later this month, when bills that are still alive and well (or at least alive) are moved to the other chamber. What is the biggest debate right now in the State House arena? No doubt the budget, being a budget writing year and all.

New Hampshire’s newly elected governor, Chris Sununu, put forth a $12 billion budget last month, and already it’s being adjusted, at least in the eyes of the NH House, who put out their own revenue projections at $59 million less.

The Governor’s budget called for cuts of nearly $500 million from state agency budget requests, without a single layoff, and an increase in spending for the state’s infrastructure, education, the opioid crisis and the Department of Health and Human Services (DHHS). Areas of particular interest to the Council; the Governor has proposed to move the Division of Economic Development from NH’s Department of Resources and Economic Development, and moving it directly under the office of the Governor in a newly created department of Business and Economic Affairs. It was also proposed to have a Small Business Advocate within that new department who will act as an advocate across state agencies for small businesses. In the area of workforce development, the Governor’s budget calls for $10 million in capital investment into the community college system for infrastructure along with $5 million to directly assist high school students to attend colleges and universities, or workforce training programs, in our state. The details on many of those proposals remain to be seen, and will, of course, help be decided by final revenue numbers. All policy makers’ eyes are closely on the beginning of May when the FY17 revenues will be announced after March and April business taxes are collected.

Overall, the 2018-2019 budget needs to be approved and signed into law by June 30, so it can kick in on July 1. This will lead into a busy May and June at the Statehouse.

At the Council, we have a number of bills that we are watching, and weighing in on, as the session continues. Even more importantly, we continue to advocate to move forward the two bills we proposed, both via Senator Dan Innis (R-Durham).

One bill, SB183, the NH Technology Marketing Fund, hit some snags and has been rereferred to committee, which means it will be studied and worked upon and brought back for a vote next legislative session in January 2018. The bill attempts to set up a marketing fund that would target out of state tech workers. This would be achieved by the state allocating a pool of investment credits that could be used to launch a comprehensive campaign.

The second piece of legislation, SB41, the “More Tech, Less Debt” bill, would allow for higher ed debt assistance to tech workers with four of more years of experience who move their career to New Hampshire. Working with the NH Higher Education Foundation (NHHEAF) through a selection and vetting process, workers hired in tech functions, or at tech companies, from other states would receive two installments of $2,500 directly to their higher ed loan originators. This bill was voted out of the Commerce Committee on a vote of 3-2 (thank you Senators Innis, Bette Lasky (D-Nashua) and Donna Soucy (D-Manchester) and will be in front of the full Senate on Thursday, March 9. Interested in telling your Senator that supporting technology companies in the current talent crisis? Make that call this week, and be sure to call us at 603.935.8951 or email michelline@cooksonstrategies.com; we would be glad to inform and coach you along!