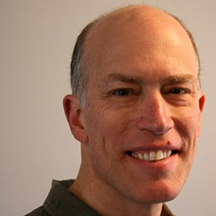 Since 2009, Siege Technologies has offered cutting edge cybersecurity solutions to a broad clientele, tailored to their rapidly evolving needs. The success of Siege has been driven by an understanding of the essential role that both ambition and people bring to every stage of entrepreneurship.

After earning a degree in Computer Science, Jason Syversen took a job BAE Systems, which not only funded his graduate studies, but also gave him a wide range of engineering experience. During this time, his interests gravitated towards the field of cryptology and, after nine years, he was offered a temporary position at DARPA, which he took excitedly. There, he strengthened his interest and expertise in cryptology and after leaving, he founded Siege Technologies.

He began to consider trekking down the path of entrepreneurship after coming to the realization “that no one was going to manage your career for you.” He recalls that this switch to self-employment was “definitely a transition” but found that if you are “self-driven… moving from working for a big company to working for yourself isn’t that big of a switch.”

For Syversen, every stage and aspect of entrepreneurship is necessarily focused on people. Even though, “at our core,” he says, “we’re a technology company,” he insists that “the biggest driver for us was our people.” As Siege is “more on the services side than the products side,” Syversen believes that the quality of the people he has on board is fundamental to Siege’s success. Since their founding in Manchester, Siege has grown to occupy an office in Rome, NY and another in Washington, D.C. The decision to expand geographically in such a fashion was prompted in large part by a need for tech talent and an understanding of the value that people bring to the company.

While Siege’s personnel has fueled much of its success, difficulty in finding more talent has been an impediment to their growth. While, on a month to month basis, Siege has faced a wide array of challenges, Syversen says that, overall, the search for qualified, talented software engineers has been a major inhibitor to Siege’s growth and development. At the moment, there are more software jobs available than people qualified to take them. This has made the retention of employees a major concern for Siege over the years. In order to combat this, Siege has embarked on a number of initiatives throughout New Hampshire to recruit the personnel that Siege needs to thrive. They’ve launched an on-the-job training initiative to bring talented college graduates to their company and equip them with the skills that they need to thrive there. Furthermore, they are engaging with a number of policymakers as well as educational and nonprofit institutions to raise awareness of the issue and promote resources in the state that provide the requisite technical training.

Syversen also credits a number of external resources with helping him and Siege reach the level of success that they’ve come to experience. While there is a certain “desirability of the state,” that brought him here, Syversen notes that “government institutions are extremely accessible in New Hampshire,” which has helped him enormously on a number of occasions. He has also benefited tremendously from resources such as the AlphaLoft and its predecessors which provided him with space, business plan advice, and helped him establish connections throughout the state in the early years of Siege.

Syversen believes that “having a culture and a mindset focused on… changing the status quo” is foundational to entrepreneurial success. He draws off of a quote by the pioneering computer scientist Alan Kay, who said that the “the best way to predict the future is to invent it.” In a word, ambition fuels success. Syversen says that “if you’re at the cutting edge, staying at the cutting edge is easier.”

The “primary focus” of all entrepreneurs, according to Syversen, must be sales. Often, he believes, “people do it backwards,” meaning that they develop a product, business plan, administrative structure, etc., before devoting themselves to building, satisfying, and maintaining a clientele that will come back to them. He says that those things are great, “but none of it matters. The only thing that matters is sales.” Sales, ultimately, must drive everything because, in this way, a business can be built to evolve with the markets in which it resides and grow sustainably.

Siege was recently acquired by Nehemiah Security, a Virginia based cybersecurity firm. Moving forward, Siege will be functioning as their research and development lab and bringing in-depth, industry-specific expertise to them. Syversen says that “Nehemiah is committed to growing Siege,” helping them recruit talent, and investing in the further development of their business infrastructure. “While they are located elsewhere,” he says, “I think it’s a net positive.” Ultimately, the focus on the customer and attention to personnel that has driven Siege’s growth and success will continue to define it as it looks ahead, settling into its new role in the high-tech ecosystem of New Hampshire and beyond.